Background Context:
The Dai minority lives in Yunnan Province in the far southwest of China, close to the Burmese border in Meng Lian District. They are cousins of the Lao, Shan and Thai peoples farther south. Prior to the Mengma Archive Project, the Dai minority’s rich culture was in danger of dying out in the next few decades as the younger generations of Dai lost knowledge of their ancestral lore and way of life. 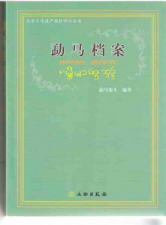 Project Overview:
The Mengma Archive Project is CHP’s first Ethnic Minority Culture Revitalization Project which took place in 2004-2008. In 2004, CHP launched a project recording in Dai script all aspects of Dai life and culture. The project was carried out by volunteer village elders, who are the repositories of Dai cultural knowledge. The text they produced then was published as “The Mengma Archive“, a bilingual Chinese-Dai book with English introduction and abstract. The Archive received much praise from both domestic and international experts of various fields, including UNESCO government officials, ethnic minority experts, and museum curators. Five hundred copies were distributed to the Dai people, university libraries, and museum collections.